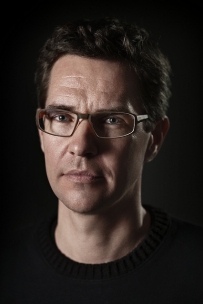 Born 1971, is a film director and conceptual artist. He studied Dramaturgy and Art History at the Universities of Aarhus and Copenhagen. Madsen has directed several documentaries including Celestial Night — A Film on Visibility (2003) and the prizewinning work To Damascus — A Film on Interpretation (2005). Into Eternity is a feature documentary film, released in 2010.