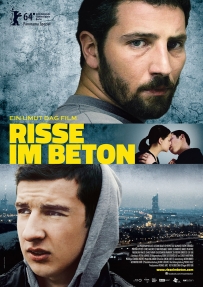 Ertan, a hardened, aggressive young man was sentenced to jail for second-degree murder. When he was released from jail 10 years later at 35, his prison experience turned him into a broken man. At 15, Mikail quit his apprenticeship and spent his time hanging out with friends and saving for his own Rap tape. Ertan looks for Mikail. Mikail has no clue who Ertan is. How do they both deal with hard realities when Mikail learns the truth?