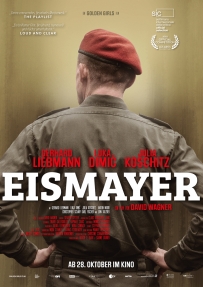 Sergeant Major Eismayer is known and feared as the toughest training officer in the Austrian Armed Forces, ruthless with recruits and unwavering in his discipline, order and macho toughness. But when he starts to fall in love with Falak, a new recruit who unashamedly embraces his homosexuality, Eismayer's closeted existence is shaken to the core. To a man like Eismayer, loving another man cannot be reconciled with the understanding of what a model soldier should be. Will he choose to protect his badass tough guy image over all else, or can he follow his heart and his true desire? Inspired by a true story.