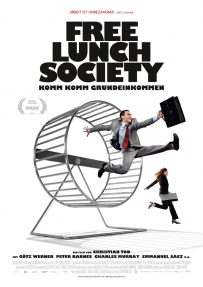 More than any other idea, the notion of an unconditional basic income divides philosophers, economists, politicians and citizens likewise. Why should a community grant benefits without demanding service in return? Would people still work if they could make a living from their basic income alone? In a racy tour de force, in a road movie around the globe, I try to get hold of this spectre haunting the world. Surprise follows surprise, and we are awarded with arousing insights into our economic system, our political system and into our inmost self.