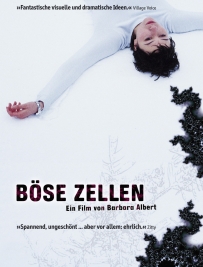 A butterfly flaps its' wings and, following the effects of chaos theory this causes a tornado over the Gulf of Mexico in turn instigating a terrible plane crash. Fate dictates entirely at random that 24-year-old Manu is the miraculous sole survivor.

Five years later Manu goes about her business in a small Austrian town working in the local supermarket. The life shared with her husband, daughter, siblings and friends stretches out through associations old and new, deliberate and accidental in an interlocking web of relationships creating a constant flux of cause and effect.

The destinies of all those caught in this web, rely on the choices each of them make. Often these choices result in love, understanding, and happiness but just as frequently they result in guilt, anguish and even death.