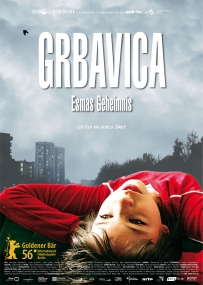 Esma's daughter Sara is going on a class-trip. Believing her father to be a martyr, Sara is urging her mother to bring the certificate, so that she can get a discount for the class-trip. But Esma does not have the certificate. She is trying to protect her daughter and herself, by not telling the truth about the war in Sarajevo, and Sara's birth.