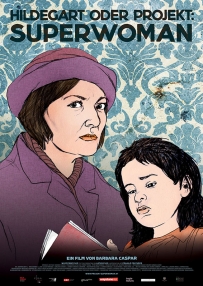 In 1933 Aurora Rodriguez shot and killed her 17-year-old daughter Hildegart when the girl refused to continue living the life her mother had planned for her. PROJEKT: SUPERWOMAN, a mixture of documentary and animation film, examines the Rodriguez case, exploring the extent to which this story reflects current mother-daughter relationships and modern lifestyles.