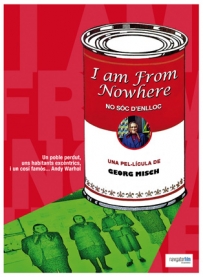 I am from Nowhere

Miková is a tiny village deep inside the Carpathians of Slovakia. Little has changed over the past ten years since the collapse of the Eastern Bloc and the fall of the Iron Curtain.

Like ever before the inhabitants get their water from the well,each car passing through is something like a small sensation, and a system of loudspeakers along the only street in the village is still being used for the weekly distribution of official announcements and patriotic music.

This is the home of the family of a certain Andrijku Warhola whose relatives believed him to earn his money working in a paint shop and as a housepainter, until the TV broke the news of his death.

Seems to be a long way from Miková to Manhattan, from Byzantine icons to Pop Art, and from Andrijku Warhola to Andy Warhol.