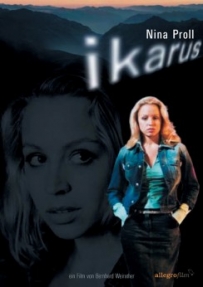 The most convincing proof that Lena Schwan has led an exciting life are the colorful postcards she sends home to her sister in Hochleiten. Even if it is just a façade. In truth she has only travelled the world in her imagination. Her cruise ship is firmly moored in the Danube Canal. And the most colorful palm-treed beach is postmarked "Vienna." Unable to bear the stifling atmosphere in her village in the Tirolean Alps, Lena left home, wanting to show all of those who stayed behind that she could make it. Now she is in her early twenties and her escape has been nothing but a series of defeats. Her boyfriend is gone, and with him her job and her apartment. The only thing she has left is a letter from Tirol that her grandfather has died. Lena decides on the spur of the moment to go to the funeral. She had left home because of him, and because of him she now returns to her village.