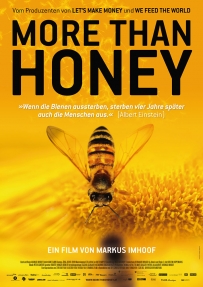 Millions and millions of bees have disappeared worldwide. Seemingly unmotivated, without any prior symptoms of illness or infection they have disappeared from a hive saturated with honey ? never to reappear at any other place, but also without leaving any dead bodies behind. Despite intensive research science has not managed to come up with an explanation. Is this just a momentary fluke or are we facing the early stages of total system collapse?