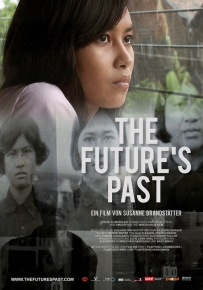 The Future`s Past. Creating Cambodia

The Future's Past focuses on Cambodia today, seen through the eyes of three Cambodian youths and their families: one living in Phnom Penh, one in the country, far from the globalized centers of the world, and one in Paris. The film reveals the emotional, physical and intellectual impact that the Khmer Rouge Tribunal has on the youngsters, their families and the Cambodian people. After thirty years of silence, the past atrocities will be discussed publicly and on TV: five senior Khmer Rouge leaders being held accountable for around 1.7 million dead - among them S-21 prison warden Kaing Guek Eav, alias Duch - are to be tried by an international tribunal. However, in a society where relatives, friends and neighbors belonged to the thousands of perpetrators, the burning question is: why?

Each youth goes on a quest to find his or her own personal answer.