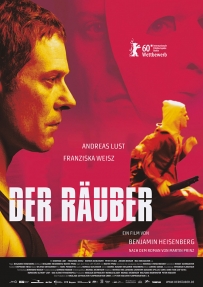 THE ROBBER tells the true story of a man with many talents: Johann Rettenberger wins marathons and is a professional bank robber. For years he lives with his girlfriend in Vienna without being found, and sets out repeatedly, driven to stay in motion and motivated by the beauty of a criminal campaign. When the authorities finally close in, he uses his legs in an attempt to escape the largest deployment of police officers in Austria's post-war history.

Based on the novel Roman by Martin Prinz.