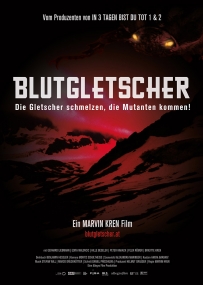 At a climate research station in the Alps, the scientists begin to wonder as they see a red liquid emerging from a nearby glacier. The glacier's blood proves to be a very special juice - with unknown genetic impact on local wildlife. It remains to the technician Janek to defend himself and the station against a growing mass of monstrosities: The biological lurk outside, the human inside. And as if that were not already perilous, even Janek's heartbreaks.